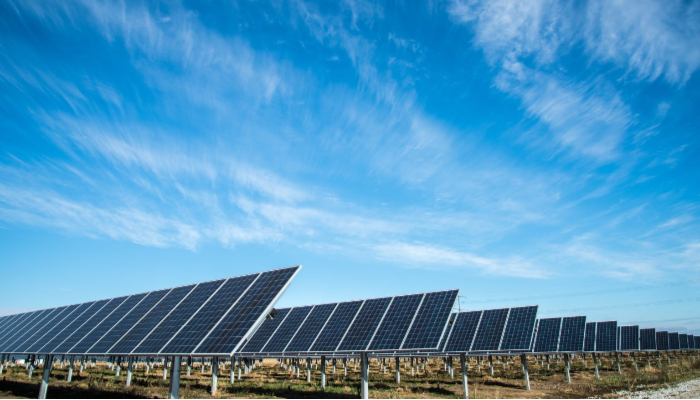 Solar accounted for half of all global power generating capacity added last year, with 182GW deployed, a 25% increase on 2020, according to a report from research organisation BloombergNEF (BNEF).

In almost half of the countries tracked by BNEF, solar was the number one choice in terms of volume, including the biggest markets such as China, the US, India, Australia and Brazil.

“Renewables are now the default choice for most countries looking to add or even replace power-generating capacity,” said Luiza Demôro, head of energy transitions at BloombergNEF.

“This is no longer due to mandates or subsidies, but simply because these technologies are more often the most cost-competitive,” added Demôro.

The top ten countries for solar capacity additions in 2021 were responsible for 85% of the whole market, with a similar trend over the past decade with 80% of all capacity added between 2012-2021. 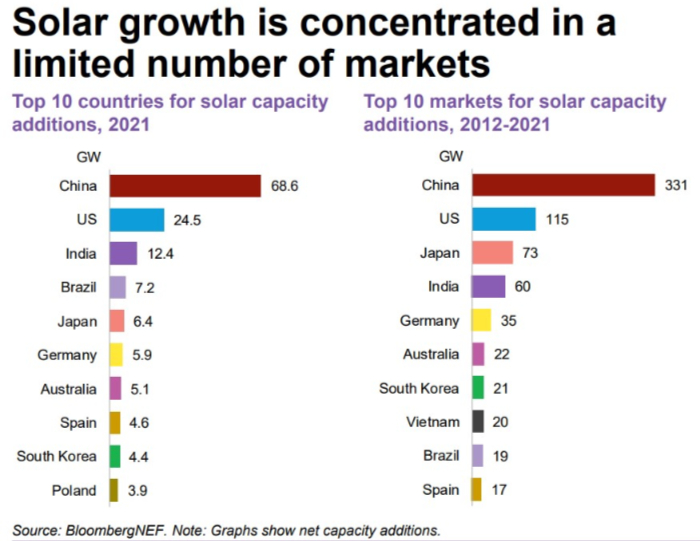 During 2012-2021 markets like Vietnam and Brazil ranked among the ten biggest markets in terms of solar capacity additions. Image: BloombergNEF.

Emerging markets such as Vietnam and Brazil have seen their solar generation increase over the past decade, with 20GW and 19GW, respectively, of capacity additions between 2012-2021.

While Vietnam’s promising numbers in the past might come to a halt in the coming years, Brazil’s case will be different. Helped by its net metering policy – which was revised earlier this year – Brazil brought 10GW of distributed PV capacity online from 2019 to 2021.

Previous： Greece relies on 100% renewables for the very first time ever
Next： Solar PV key to ASEAN decarbonisation, 241GW of installed capacity expected by 2030
Return