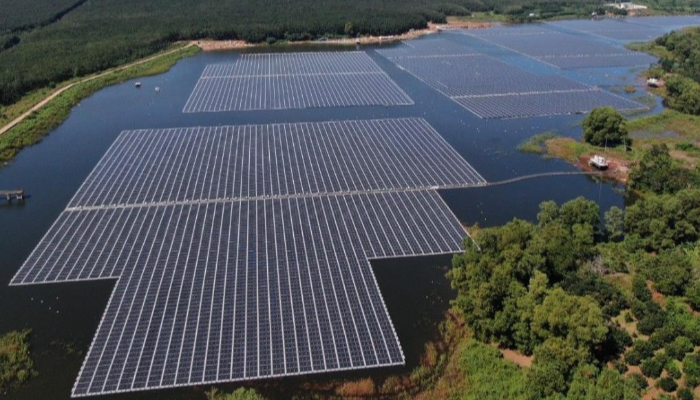 ASEAN will add 64GW of solar PV yearly by 2050, with Indonesia, Vietnam and Thailand accounting for more than 80% of the added capacity.

The Association of Southeast Asian Nations (ASEAN) will deploy 241GW of solar PV by 2030, with the technology dominating new capacity additions.

By mid-century, countries in the ASEAN region could reach an installed capacity of 2.4TW if they adopt a 100% renewable power supply approach, according to a report from the International Renewable Energy Agency (IRENA). In that scenario, solar PV would account for nearly 60% of renewables installed by 2050.

Regardless of the scenario studied in the report – ranging from a 34% to 100% renewables mix by 2050 – solar PV will be the “flagship resource for ASEAN’s decarbonisation”.

Between 2018 and 2020, electricity generation from installed renewables in ASEAN member states rose from 28% to 33.5% due to the rapid expansion of solar PV.

When it comes to investment requirements, the report said upwards of US$1.2 trillion would be needed to be invested in solar PV alone to support a complete transition to renewables between 2018-2050. The figure for the end of this decade stood at US$156 billion.

Indonesia (24.18GW), Vietnam (17.86GW) and Thailand (11.15GW) will lead in yearly solar PV additions and will be the only countries to install more than 10GW per year through 2050. As a whole, IRENA estimates that ASEAN countries will add 64GW of solar PV annually until 2050.

Earlier this year, Vietnam deemed its solar targets for this decade as “too high”, mainly because of grid constraint issues causing chaos for renewable deployment, with its government setting a target much lower than IRENA’s outlook for the country in the coming decades.

Francesco La Camera, director-general at IRENA, said: “As the region commits to ever more ambitious climate targets, including net-zero commitments, planning must begin now in earnest. While ASEAN has ambitious renewable energy goals in the near-term, the region needs to think and plan for the long-term.”

Furthermore, the hotspots for solar PV in the region are located in Sumatra, Nusa Tenggara in Indonesia as well as Vietnam, Thailand and the Philippines. The three countries will also require the most electricity in the ASEAN, along with Java-Bali in Indonesia.

The two Indonesian islands alone will import more than 1,000TWh by 2050 in a 100% renewable energy scenario, treble the electricity demand of the UK in 2021.

This will require a grid investment of nearly US$200 billion in the near-term across the region, with both national and international transmission expansion enabling a better integration of renewables.

Given the lack of land availability, Singapore is one of the countries that will rely heavily on renewable imports, with the city-state planning to import up to 4GW of low-carbon electricity by 2035.

Several ASEAN countries are home to a significant supply of key mineral resources for renewable technologies and policies will be required to support manufacturing industries to reach GW-scale capacity of solar PV modules and batteries, according to IRENA.