Time：2022-08-31
Australia will need 1.9TW of solar PV in order to reach net zero by 2050, according to a new report entitled Net Zero Australia by the universities of Melbourne, Queensland and Princeton. 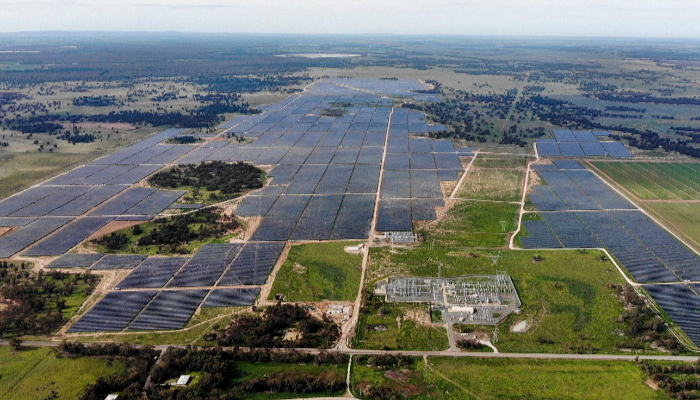 The acceleration will be most notable in the next decade, when solar PV installed capacity will need to reach 654GW by 2040, a huge increase on the 98GW needed by 2030.

The 1.9TW of solar PV capacity in 2050 will primarily be driven by export opportunities, and will increase electricity generation eight to 15 times current levels, the report noted, adding that “Australia has the resources to build a new clean export industry as coal and gas exports decline”.

Large-scale solar PV plants will support the power exports and will be complemented with energy storage, while new transmission lines will be needed to ship power to where it is needed most in the vast country that is Australia.

Moreover, regions such as Western Australia, the Northern Territory and Queensland will be the focus for most of the solar PV additions. Solar PV will also do much of the heavy lifting when it comes to Australia’s transition to net zero, with wind power expected to add just 180GW of power generation by 2050. The report added that rooftop solar will play a significant role in Australia’s decarbonisation.

Moreover, in order to accommodate the addition of more than 2TW of renewable energy generation, between 60-130GW expansion of inter-regional electricity transmission will be required.

Last June, The Australian Energy Market Operator called for a AU$12 billion investment in the National Electricity Market’s (NEM) grid infrastructure in order to accommodate the growth of renewable generation in the country.

The decarbonisation of the country will require up to 1.3 million new workers with technical skills, mostly in the northern regions of the country, with recruitment figures impacted by the level of clean energy power exports the country is able to achieve.