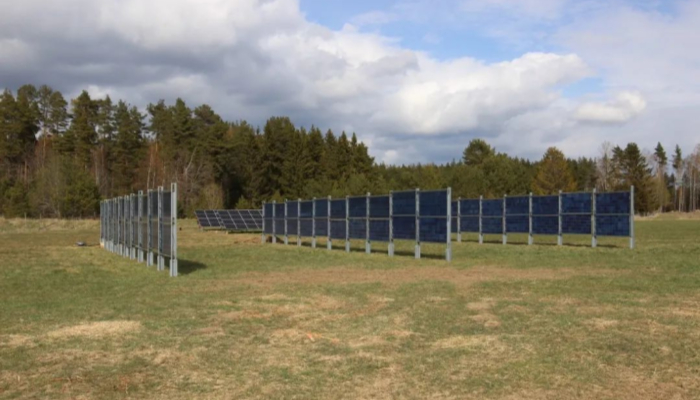 Scientists at the University of Applied Technology in Leipzig have studied the potential impact of the large-scale deployment of west-east vertical photovoltaic systems in the German energy market. They found that the device could have a beneficial impact on stabilizing the national grid, while integrating more heavily with agricultural activities than traditional terrestrial photovoltaic power plants.

The researchers used the EnergyPLAN model, developed by the University of Aalborg in Denmark, which is usually used to simulate the hour-by-hour operation of national energy systems, including the power, heating, cooling, industrial and transportation sectors. The study will help predict what scenario for the German energy system will be if more vertical photovoltaic systems are deployed by 2030.

"We have only systematically changed two parameters: first, the share of installed power of different photovoltaic models," the scholars said, noting that solar trackers are not considered."Second, consider two scenarios of —— integration or not integrating large-scale energy storage.”

They said: " In our model, electricity demand increased to 1,214 T W h / a in 2030, largely based largely on assumptions about energy conservation and the fuel transition. The biggest uncertainty is the construction and industrial heating.”

They also consider the high cost of double-sided panels and the reduction of vertically installed installed power per unit area due to the shading effect, as the components are typically traveling between 8 and 12 meters, which in turn increases the cost of wiring them.

They say: " The additional cost of the land itself must be shared between the benefits of retaining agricultural land use, or of promoting biodiversity.”

They said: " If 1 TW charge and discharge power and 1 TWh capacity of power storage are included in the energy system model, the effect will be reduced to 210 Mt / a in the case of 70% vertical east-west and 30% tilted southbound components. Finally, while achieving a 70% vertical power station ratio may not be realistic, even lower rates can have beneficial effects.”

They outlined their conclusions in "Integrating Vertical Solar Power Stations into Germany's Future Energy System," published in Smart Energy magazine. They concluded: " The intention of this article is not to recommend the vertical installation of all future utility photovoltaic systems. Instead, it presents a new opportunity to support the entire energy system with vertical photovoltaic systems.”

Previous： Worldwide renewable investment in 2022 reaches half-year record of US$ 226 billion, China blazing a trail
Next： The Spread of Love
Return