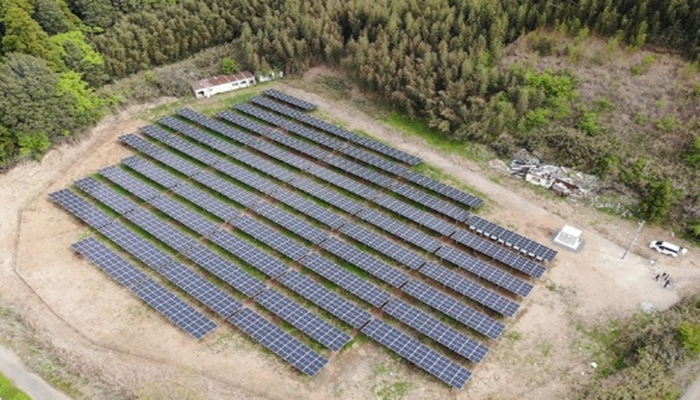 In Ruoye District, Chiba City, Chiba Prefecture, there is a solar power plant called Middle Solar, with a grid-connected output of 499.5 kilowatts and about 748 kilowatts of solar panels.

It is developed and operated by Enbbio Holdings (EnBio HD), which is mainly engaged in soil pollution remediation.The company began selling green electricity in April 2021, using land originally owned by the company.The power plant is a project that uses the group's idle land as a power plant site, contributing to the local community.As the plant began selling electricity, the group's total power station in operating capacity in Japan has increased to about 36,987 kilowatts.

０２ How to use bamboo to curb weed growth?

To curb weed growth, the solar power plant has tried to grow clover and used several herbicides.These methods are also being used in traditional solar power plants.But the plant's staff have invented new weed control measures that cleverly use bamboo.

Bamboo forests tend to grow up and thrive when they are abandoned and neglected, and in many parts of Japan, handling them is a huge challenge because the high ash produced when cutting and burning them can cause irreversible damage to incinerators.

As a result, the Middle Solar solar power plant is currently studying a method of crushing the bamboo and scattering the resulting debris under the solar panels to prevent the growth of weeds, rather than burning the cut bamboo.Smcrushed bamboo fragments are thought to have weed-control characteristics.And bamboo fragments can not only prevent the growth of weeds, but also curb soil erosion, and play the effect of killing two birds with one stone. 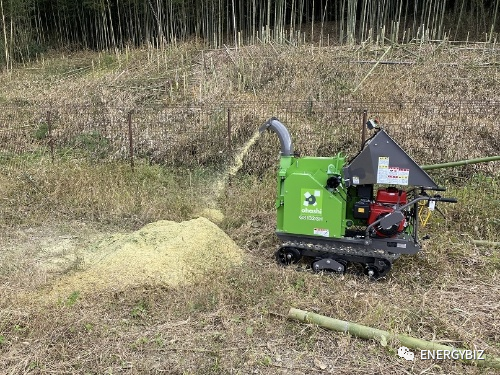 Weedy-proof panels are also being tested: the Middle Solar solar power plant is testing three weed panels and combining bamboo fragments with them.The laying of bamboo fragments on the plates with particularly weak ultraviolet resistance and short product life is expected to extend the service life of the weed-proof board and improve its cost-effectiveness.

In addition, another benefit of using this material in solar power plants is that it has good permeability and water retention properties, and can prevent soil erosion.The material also required maintenance over the years, and the bamboo fragments used as maintenance material were readily available.The company claimed that the effect of such modes of weeding would last about 15 years.

There is also a weeding method based on bamboo fragments.If bamboo debris from the Middle Solar solar power plant could be used in this method, it could be expanded into a new business using bamboo, which is also being piloted.

Because it does not use cement or other materials and only natural materials, Japan (NIPPON KANRYU INDUSTRY CO., LTD) that it is a relatively environmentally friendly weed control method and simple to shop.In fact, it also functions as a paving material because it is cured by adding asphalt components (magnesium oxide) to the seawater.The short fibers of bamboo are used as reinforcement and bonding materials.Simple soil and seawater-based curing agents are too hard, inelastic, and easy to crack.When the bamboo short fibers are mixed in, the material is more able to withstand deformation loads such as tension and bending.

０４ The technology is gaining popularity across Japan

This method has been developed from Japan (NIPPON KANRYU INDUSTRY CO., LTD) in Kyushu has spread across Japan and was used in the construction of many public facilities, such as around roads and around special high-voltage transmission line towers.

Due to the large use of this material in Yoshinino Historical Park (Yoshinino, Saga Prefecture and Kamizaki, Kamasaki Prefecture), it has been widely adopted in various places under the jurisdiction of the Ministry of Land and Transportation. 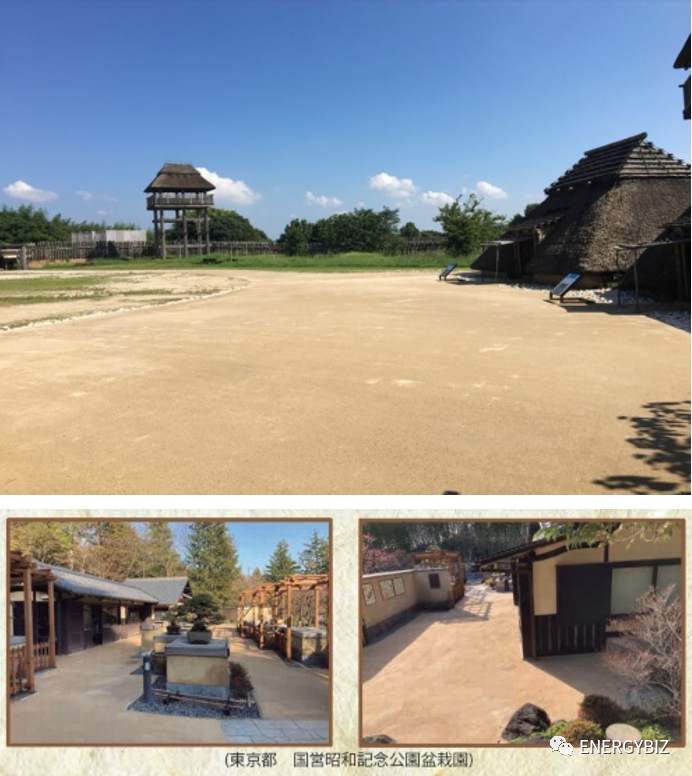 However, this construction method is limited to sites with flat ground.For solar power plants, most power generation sites also include uneven surfaces and sloping areas.For uneven slopes, the same material can be sprayed on the slope.The root layer formed after spraying solidifies and suppresses weeds by blocking the passage between the buds and roots of plants and trees.

The Middle Solar solar power plant in Chiba Prefecture has bits weeds, but the cost of consumption is a problem.As the method may be more widely used, the cost-reduction effect is expected to be achieved.