Time：2022-05-12
With the process of decarbonizing the world, countries have accelerated the development process of renewable energy represented by solar power generation. 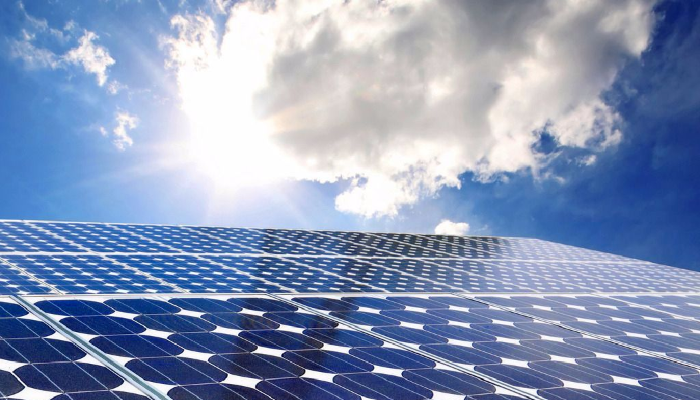 In order to promote the rapid development of renewable energy and soon achieve the goal of "zero-emission carbon neutrality", the Japanese government has formulated a "clean energy strategy", planned to achieve carbon neutrality by 2050.But Japan's small size and mountainous terrain make it difficult to find suitable sites for solar power.

Moreover, in areas suitable for renewable energy, the grid has little available capacity, which hinders the transmission of electricity.In such a context, the use of parking lots as a solar power station, namely the solar carport, has become a new development trend.The Ministry of Environment website describes the electronics factory at Murata in Okayama Prefecture, a solar carport with 8,010 solar panels capable of 2,403 kilowatts.Recently, on March 7, Sakho Industrial, dedicated to the trade in steel and building materials, also announced its entry into the solar carport business.

1. What is the solar carport? 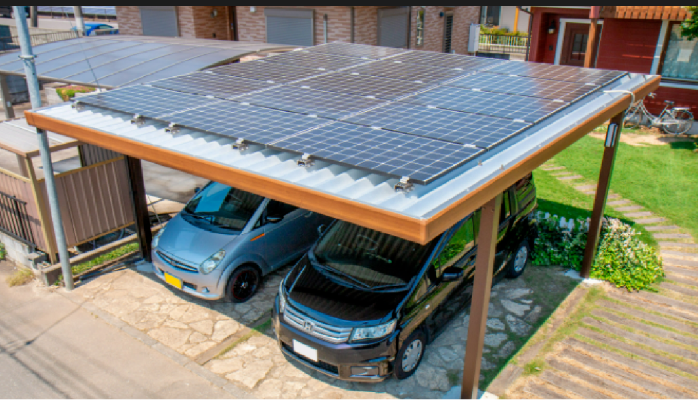 Although there are many ways to address the restrictions on solar power sites, such as water power generation, the significance of installing solar power facilities in parking lots is more than simply generating electricity.Unlike lakes and water storage facilities, parking lots are owned by individuals or businesses.On the individual level, the biggest attraction is the economic revenue from selling electricity.Other minor advantages include: they can be installed at a fixed price over building roofs, and they can serve as roofs that protect heat-sensitive vehicles from sunlight and shield them from rain.

Another advantage of solar carsheds is that they are suitable for EV (electric car) charging.In the context of global decarbonization, the EV market is expanding.In November, a solar carport was installed at a Tesla electric car supercharger station in Tsukuba, Ibaraki Prefecture, rated at 16 kilowatts of electricity, providing parking and charging space for four cars.

However, there are some precautions when installing solar carsheds.First, unlike ground photovoltaic installations, solar carsheds are regarded as buildings because they are a parking space under panels, and according to conditions, may be considered a special building and need to apply for a permit.Therefore, structural safety will be considered one of the primary considerations given the reference wind speed, vertical snowfall and ground conditions.

In fact, the introduction of solar carport company increased year by year, since July last year, the central power Milize company and new power company Looop has been promoting the commercialization of solar carport, with initial cost of zero yen excess discount, plans to accommodate more than 100 vehicles large parking lot, its installed capacity of more than 300 kilowatts, the power can be used internally.The cost of parking will be converted based on the amount of electricity consumption used for parking.It's worth noting that the company's solar power bracket are also unique in shape.Unlike the usual four-legged system, the shed has two legs, which eliminates the disadvantage of inconvenient parking.

After FIT, which runs 100% truly renewable electricity, Power, came in October with Keiyo Co.The company will install a rooftop solar power station in a parking lot of a large shopping center in Keiyo's Eight markets, Chiba Prefecture, with a total generating capacity of about 250 kilowatts. 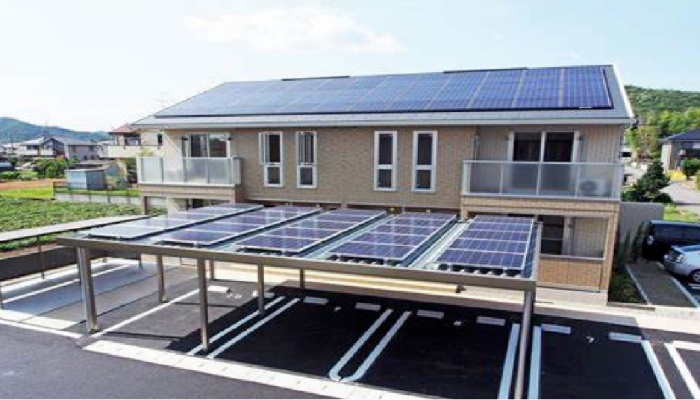 After FIT's solar shed has two advantages: it is similar to the design of Milize and Looop, and it is designed the same way the solar power station is installed.Sales in rainy day business centers tend to fall, so covered parking that does not interfere with action is important.With good rain shelter performance, make it pull out.The second is to combine drones and artificial intelligence technology to find suitable locations for solar carsheds.The company's advantage is its ability to find these sites using unique technologies combining drones and artificial intelligence.They divided the country into 1.52 million plots and had 500 square meters of satellite data, using artificial intelligence technology to extract suitable sites from a variety of data and analyze production and revenue.By using the technology, the company has drawn attention to the potential of home center parking lots.

The China Electric Power Corporation has been conducting a demonstration project of a "fully independent electric vehicle sharing station" since April 4.The project is the world's first attempt to combine solar car sheds completely independent of the grid with storage and control systems, and use only electricity generated by solar energy to operate electric car stations and provide car-sharing services.The trial will help expand the selection of electric vehicles in areas where it is difficult to supply or install electricity from the grid, thus boosting the popularity of electric vehicles.The project is scheduled to operate for five years from April 2022.With an estimated power generation capacity of 11.88 kW and a total energy storage battery capacity of 38 kilowatt-hours (310 and 18 kilowatt-hours * 2), it is suitable for Nissan LEAF electric vehicles with eight emergency sockets in the parking lot.

Yingli Green Energy's main selling point is fire prevention.The company's MOENZO rooftop integrated solar car shed, which went public in August last year, has received a "diving fire certification (DR)" as stipulated by the Ministry of Land and Transport, allowing it to be installed in a fire protection zone.This means that MOENZO can be installed in dense building areas such as urban areas and around railway stations.MOENZO includes single space to medium and large parking lots.For example, a two-car parking lot will install 18 solar panels with a capacity of 6.12 kilowatts, while 10 cars will have 78 solar panels with a capacity of 26.52 kilowatts.The company also said the project is well snow-resistant.

So far, examples of introduced solar sheds have been on flat ground, but last August, Daiwa Leasing began selling a multi-storey shed with solar power systems installed on the roof of the top floor.Although this is still an expectation, the total area of multi-storey parking lot is 8,986.87 square meters (construction area of 2,057.20 square meters), with five floors of parking lot and five floors, 297 parking Spaces, solar panel output of about 210kW, and an annual output of 225,000 KWH.The company aims to sell 10 such products a year at a base of 5 billion yen, and plans to use the company to provide one-stop services from sales to construction, maintenance and operations.Similarly, on February 16, Tokyo Construction Group announced a capital and business alliance with MIRAI-LABO and began using MIRAI-LABO solar panels in two multi-storey and flat parking lots in Eight Prince City operated by its company.If successful, the solar panels will provide the power needed for parking lot operations, including payers and lighting.

In response, the Japanese government is also taking action to promote the use of solar carsheds.In March, the government began accepting supplementary budget applications for subsidies for the 2021 fiscal year CO 2 emission control projects, including a project to generate solar power in buildings using new installation methods.The project will support solar power in buildings using new installation methods, and will provide financial subsidies if the solar shed meets the cost requirements, at one-third of the installation cost. With the advancement of solar carport technology, solar power generation will present a brand new look.