Time：2021-12-09
Solar modules sold in the European Union (EU) could be subject to lower value added tax (VAT) rates after an agreement was reached this week by finance ministers from across the bloc. 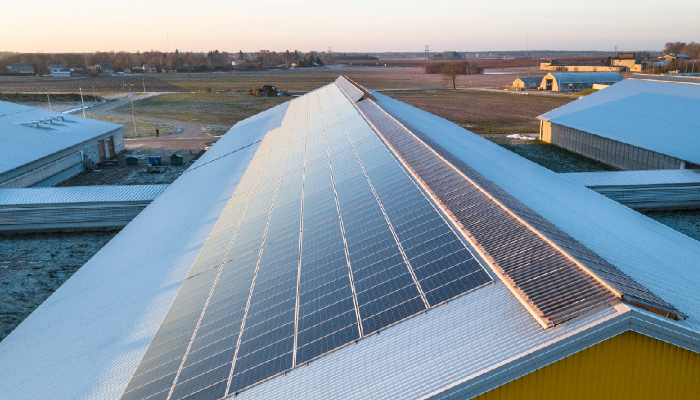 Solar modules sold in the European Union (EU) could be subject to lower value added tax (VAT) rates after an agreement was reached this week by finance ministers from across the bloc.

The European Council agreed to update the rules on VAT rates to bring the tax’s rules in line with EU priorities such as fighting the climate crisis, while also providing governments with more flexibility on the rates they can apply.

Following consultations between EU member states, they have decided to widen the current list of goods and services that can benefit from reduced VAT rates to include, among other things, solar panels installed on private homes and public buildings.

“This is an early Christmas gift from the Council,” Walburga Hemetsberger, CEO of trade association SolarPower Europe (SPE), said in a statement sent to PV Tech.

“As many Europeans suffer from this latest gas-driven hike in energy prices, the reduced VAT rates for solar will soon make it even more affordable for European households and businesses to invest in solar and access clean and cheap electricity.”

Along with solar modules, items such as green heating systems and bicycles would benefit from lower VAT rates. The list has also been updated to include digital services such as internet access and goods that protect public health.

Under the new rules, EU member states will continue to apply a standard rate of VAT above 15%. However, they will now also have the possibility to apply two reduced rates as low as 5% to goods and services in up to 24 categories.

The Council has also agreed to phase out reduced VAT rates or exemptions on fossil fuels and other goods with a similar impact on greenhouse gas emissions by January 2030.

According to the European Commission (EC), current EU VAT rules are almost 30 years old and were in urgent need of modernisation.

The updated rules will now be sent to the European Parliament for its consultation on the final text by March 2022.

Earlier this year, the EC unveiled a new ambition for the EU to raise the share of renewable energy to 40% of final consumption by 2030, up from a previous target of 32%. SPE forecasts that achieving that goal will require a total of 660GW of solar PV deployed across Europe.